Ok, here’s what I’m gonna do–over the next month, I’m gonna select a short passage out of each chapter of The 23 Club in order to give readers a feel for the landscape character of this story–a story dominated by the sand desert landscape of the Empty Quarter, known in Arabic as the Rub al Khali, and found in the southern half of the Arabian Peninsula.

This is the first short passage; and it is called, Desertification. I hope you like it. 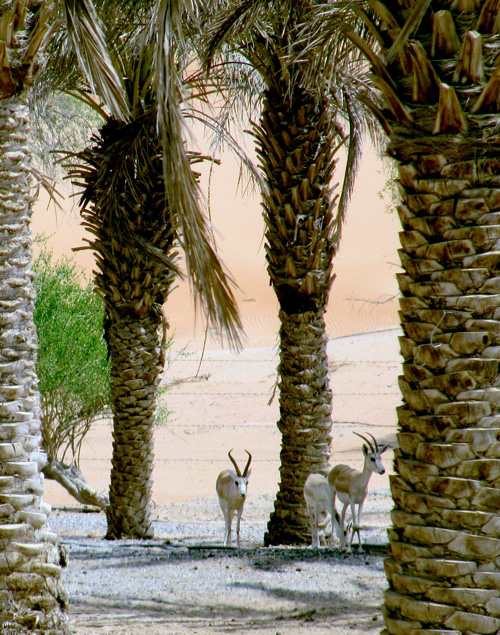 Desertification is the noun derived from the verb desertify, no? But, riddle me this–what then is desertification…when one starts with 100% desert?

Can humans be desertified?  Maybe desertification begins when a reader sees a never before imagined desert image…like the above Empty Quarter human-made oasis and desert gazelle image?

The Empty Quarter, and all other Arabian Peninsula deserts, desertify every human they touch.

Following is a short passage from Chapter 1 of The 23 Club: Desertification.

T. E. Lawrence, was once asked,

‘What is it, Major Lawrence, that attracts you to the desert?’

Erik Chalmers is a retired American landscape architect, a retired expatriate American landscape architect, living with his wife in the Swiss Alps. He had spent most of his professional career building projects and living in an ancient and very strange part of the world. Some people call it the Middle East, others call it the Eastern Mediterranean, and others still call it Southwest Asia. Erik Chalmers called it Anatolia, and the Arabian Peninsula.

This time he had been enticed out of retirement, and was heading back to the Arabian Peninsula, once again to the Gulf Region. He buckled his seat belt on take off from the Zurich flughaven. But, something just wasn’t right about this trip. He couldn’t put his finger on it. On every previous assignment, he had always been accompanied by his wife, Madge. This time he wasn’t. And that itself bothered him.

He and Madge, both in their early 60s, had retired almost 18 months ago, in early 2008, to the Berner Oberland, above Lauterbrunnen. They enjoyed the alpine pastures, the valleys, the forests, the steep granite peaks, their glaciated shoulders and the waterfalls, the rivers and lakes. This was the place that had always been their cool, fresh air refuge–a refuge they both needed from Anatolia and the Arabian Peninsula–landscapes of stifling heat and awkward cultures–landscapes that harbored amorphous threats…unresolved queries…enigmatic auras. He had never grasped the source of that awkwardness; but he had learned to live with it. That had always been part of his work.

And Erik, he still had some of that Arabian Peninsula desert sand in his shoes. That sand had been talking to him again. And he still had the fire in his belly for another large project; but this project was taking him somewhere new. To build beautiful gardens for a five star destination resort, he had to go deep into the mysterious, shifting sand dunes of the Rub al Khali–the landscape known as the Empty Quarter.

That was the challenge put in front of him during his recent Skype session when:

“Listen, Chalmers, I have a world class destination resort in the Empty Quarter with beautiful gardens–and I am in trouble. It’s screwed up! I need you down here! You are the best–you have to fix this for me–you have to come down here! You have to make our gardens sing!”

“Theuns, understand this, I’m out of the game. I’m retired. I’ve had enough of these last minute mashups. And this project, this project…it just has too much noise.”

“What do you need, Chalmers? Money, autonomy? Just tell me, I will arrange it all; but get down here now!”

After that, for Erik Chalmers, it was all one way traffic back into iconic project work in the Gulf Region–except for the sharp words from his wife, Madge. Erik could not get them out of his head. She had unloaded:

Turning her eyes away from Erik, she paused and looked out over the Berner Oberland landscape, asking, “You’re giving this up?”

As his flight taxied out to the runway, Erik remembered it all, as if it was happening again–it had not been resolved.

“And your health…your father started with high blood pressure medication at forty, your grandmother took high blood pressure pills all her life, why gamble again? Can I be any clearer? We’ve done our time! We’ve saved all we need. It’s done! Why, why go? Why even think about it?!!! That place drains the life right out of you!” 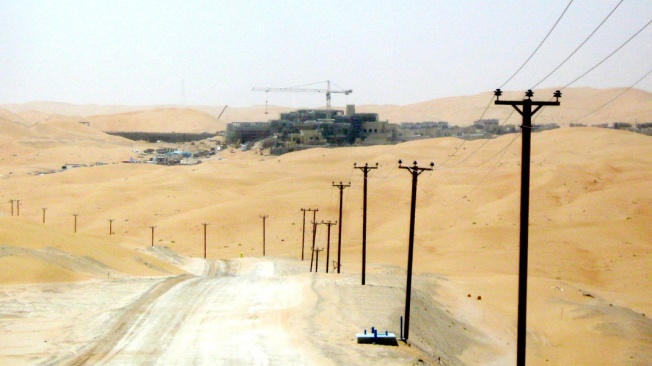 And here is where Erik Chalmers comes face to face with his own desertification.

From Where I Stand...