Gardens have always been magic, and chocolate…also magic…

Readers…by now you know that my blog, flahertylandscape, is all about plants and people–landscape journeys. Sounds fair and safe enough; but what I am about to share with you goes beyond strange.

Anyone who has worked in a garden–suffered blisters and callouses in a garden for fruit, vegetables, flowers, medicine–knows there is something more in those gardens. This is for you.

Magic? Gardens? Chocolate? Yes, definitely…but I never thought to combine them until the email I received this week from an almost forgotten friend. Donkeys’ years ago when I was in Tangier, we worked together on the Baie de Tanger–it was a tourist destination development project.

Now, my friend’s still in Tangier, but as an antique dealer with a second hand furniture store. He emailed that his house clearing-out business has been seeing an uptick in the last years as more foreigners have become less comfortable with the current extreme brand of Imam preaching in the Mosques…and the resultant increase in ‘aggro’ on the medina byways, the public realm–not at all the Morocco of years gone by.

When people split from Tangier, they leave things behind, most often cheap, locally built sofas, beds, sideboards, armoires…so he clears these places out and stocks his second hand store. Every once in a while, he finds things suitable for his small back of house antiques collection. 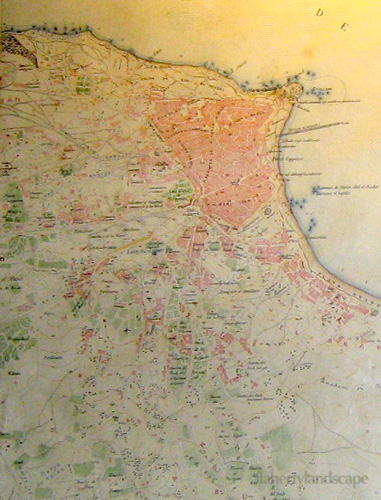 …for millennia…Tangier has been a nexus of Mediterranean, African and European cultures…a classic melting pot that is still on the boil.

Unbeknownst to me, he had, from time to time, been lurking, reading the flahertylandscape blog. In a recent clearing-out, he found a thumb drive under discarded clothes in the bottom of an old wardrobe. When he opened the thumb drive on his computer, and saw the content was all about some kinds of landscape journeys, he immediately thought of me. You may now be wondering, just what was that thumb drive content?

The thumb drive held Art Nouveau images and diary text entries from a guy obsessed with the Moroccan landscape, its plants and gardens–especially the plants. The guy, his name was Christopher, had found some like minded landscape people living on La Montagne, way out on the leafy west edge of Tangier, in a sprawling villa, known as Loin du Monde Réel. And Christopher, a university student, was apparently working on some literary project or horticultural study.

When my friend went out to La Montagne to find the villa, he discovered it had been demolished and replaced by a new boutique hotel run by Lebanese, owned by Qataris–none knowing anything about the demolished villa or its previous owners. But the new hotel, he remarked to me, did feature a series of private garden courtyards, each built around huge, mature, certainly at least century old, Dracena draco, dragon’s blood trees.

The villa, according to Christopher, had been occupied by two dedicated plantsmen: Toseland, an Englishman who asked his friends to call him Tolly, and Fyodor, a Russian from St. Petersburg. Fyodor inherited the villa from relatives having deep family connections to the original builder of the villa, the first Portuguese ambassador to Morocco.

Toseland and Fyodor both engaged in botanical and horticultural research, along with joint explorations into applied plant and garden maintenance techniques. Fyodor’s botanical research explored how chocolate and plants themselves interacted on subtle platforms to provide a portal for humans.

The portal was some kind of transcendent event through which humans could gain access to their inner eye and thus see existence as it actually is, without the seemingly essential social artifices of time and space. To the carefully blended chocolate and lovingly cared for plants, Fyodor and Toseland added custom-grown herbed absinthe.

In the following diary entry, Christopher describes his strange day at Hibiscus House, his own nickname for the villa Loin du Monde Réel. Following Toseland’s explicit instructions, Christopher had made an appointment to fulfill his desire to walk their private Oval Garden.

In this diary entry, Toseland and Fyodor explain the process Christopher underwent in preparation for his walk through the Oval Garden. Christopher expected to see and understand for the first time the highest fulfillment of the relationships between humans and plants…but it did not exactly go that way.

Wayfarers in the garden…look and feel with the eyes…magic emerges. 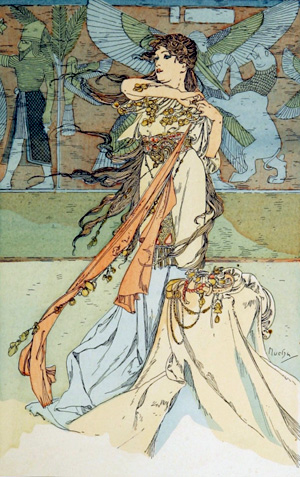 The Oval Garden gently exerted an Interzone…an Oriental seductive hold over me. 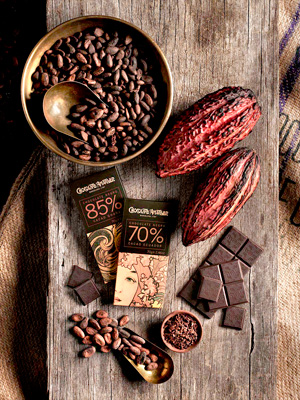 Where can chocolate take me? Wherever, it will be beautiful…

Exotic? I was already there!

Absinthe equipment for the louche process…and… 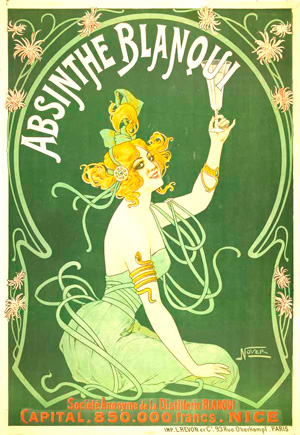 What I hoped for…

What I didn’t know… 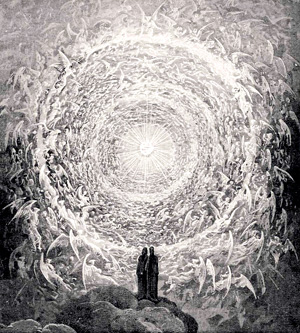 What is that dream you just can’t quite remember? …and where is it? Hope!

Credits: All the above images are licensed by Creative Commons and are attributed directly by links to their providers’ web sites.