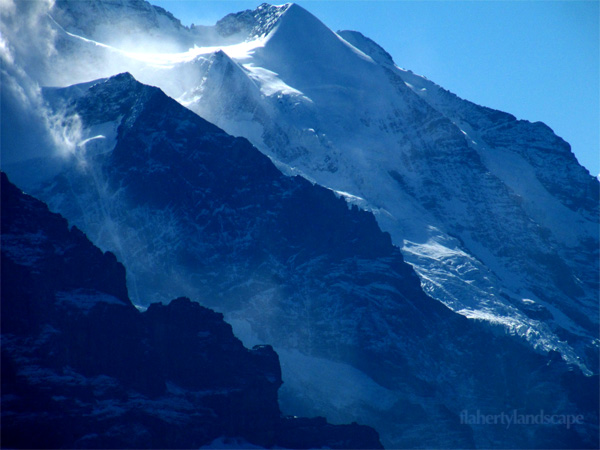 Mountains, civilized? Ha!
Not these behemoths!

Since written history and before, the Bernese Oberlands have frightened and inspired humans, including Goethe, Byron, Hesse, Mann, Strauss, Schiller, Mendelssohn, Doyle, Haller, Hodler, Savrasov, Koenig, Bierstadt, Wolf, Fearnley…the list goes on and on…and thousands of others who have followed their footsteps.

It is that human consensus which has inspired local people, evolving from agricultural dependency into the modern world, to build technically complex, electrically powered, narrow gauge cogwheel trains up the Bernese Oberlands mountain slopes to what is known today in the Swiss Alps as the Top of Europe.